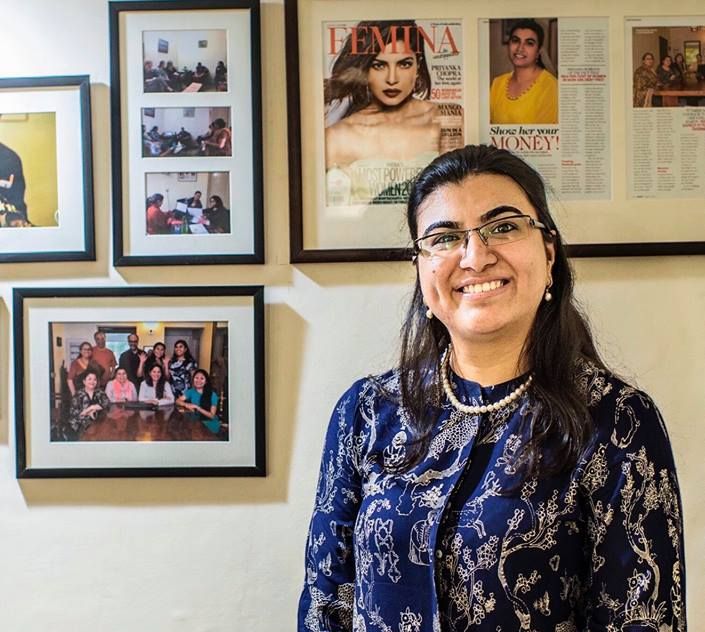 “I used to be a business journalist by profession, I had a good income but wealth creation never entered my mind!" Says Priyanka Bhatia, Co Founder and Lead Consultant at Women On Wealth.

This article is posted on the 'For Women In India' page on Facebook. You'll find encouraging stories of many inspiring women on this site so do visit!

I Earned Well - But What Did I Do With The Money!

Priyanka continues: "I was spending it all on bags, shoes, clothes and spas. My goals were to earn from my investments, build my own property, and build a corpus for my business. Like me, most of my female colleagues were spending in a similar manner, while my male colleagues who were earning the same amount of money were investing and making money from their investments. It hit me, “What am I doing?” My male colleagues suggested to invest in stocks and recommended a broker. I opened a Demat account and put in Rs. One Lakh and bought the stocks that the broker suggested.

In 2008, the market crashed and I lost 90% out of that One Lakh. I was sad and I didn't know what to do. I took a break from work and thought, “Now what?” As a business reporter, I had the privilege of meeting people who had created a lot of wealth: industrialists, venture capitalists and other professionals. I realized that they were investing independently. They were not dependent on someone else to tell them where to invest. So, I got a mentor and she started teaching me how to invest in the stock market without depending on anyone else. I started investing in the stock market and making money. I bought my own property and had a corpus to start a business. Gradually, I developed healthy money habits."

Read the full story of how Priyanka went from an almost empty purse to recovering financial security - and creating programs that help other women to become wealth creators - on Facebook, on the 'For Women In India' page and like the site!

Priyanka tells her story at a Women On Wealth Open Day